FAI World Air Games
"This is the Olympics of Air Sports"

Thank you! Your submission has been received!

Thank you for submitting to newsletter! :)

Bidding Process for the Next FAI World Air Games Open

The FAI World Air Games is the biggest air sports event in the world. This multi-disciplinary event is the only world competition that brings together the various different air sports and their very best athletes.

The United States has finished at the top of the medal table at the FAI World Air Games Dubai 2015, with 7 gold medals, 4 silver and 6 bronze. USA led a tight battle with France which just missed the top by 1 gold medal and takes second place with 6 gold, 10 silver, and 2 bronze medals. Russia came third with 6 gold, 4 silver, 3 bronze.

Twelve sets of medals were awarded at the Closing Ceremony of the FAI World Air Games in Dubai, as the sun set on the two-week event celebrating air sports from around the world.

About the FAI World Air Games

The FAI World Air Games 2015 had been awarded to the United Arab Emirates and were held in Dubai. This multi-discipline event had been organised by the Emirates Aerosports Federation under the patronage of the Crown Prince of Dubai, His Highness Sheikh Hamdan bin Mohammed bin Rashid Al Maktoum and took place from 1 to 12 December 2015.

All objectives as expressed during the signature ceremony of the Memorandum of Agreement on 4 June 2014 have been achieved. As Dr. John Grubbström, Past FAI President, and His Excellency Nasser Al Neyadi, President of the Emirates Aerosports Federation expressed their hopes during the press-announcement: " The FAI’s primary goals for this event are to determine “FAI World Air Games Champions”; to showcase air sports to the general public and promote public participation in air sports by attracting new participants to air sports disciplines; to promote FAI events to other sports organisations and create an attractive platform for TV, media and other external stakeholders.

About the FAI Air Games Tour

Designed to bridge the gap between the FAI World Air Games, which are held every five years, the Air Games Tour will build on the success of the FAI World Air Games 2015 in Dubai. This series of compact multi-discipline air games around the World will combine key elements of major events to fully engage audiences both locally and around the World. FAI is conducting a comprehensive and interactive process to identify which cities will host the first Air Games Tour events.

FAI President Frits Brink said: “The idea is to initially develop a multi-discipline Air Games Tour, with three to five events a year, leading athletes to the World Air Games every four or five years.”

The Fédération Aéronautique Internationale (FAI), the World Air Sports Federation, is the world governing body for air sports and for certifying world aviation and space records. The FAI was founded in 1905 and is a non-governmental and non-profit-making organisation. FAI activities include Balloons and Airships, Power Flying, Gliding, Helicopter flight, Parachuting, Aeromodelling, Aerobatics, Hang Gliding, Microlight and Paramotor flying, Amateur Building of aircraft, Manpowered flying, Paragliding and all other Aeronautic and Astronautic sporting activities.

“FAI is committed to deliver the very best in Air Sports”

Every 4 years the best athletes of World Air Sports combine in a major event to compete, promote their discipline, demonstrate their professionalism and inspire future generations.

[EN] Press Release - Gold for Russia in the Rotorcraft competition 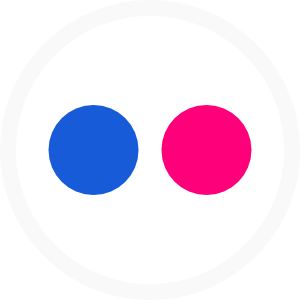 Thank you! Your submission has been received!

Thank you for submitting to newsletter! :)